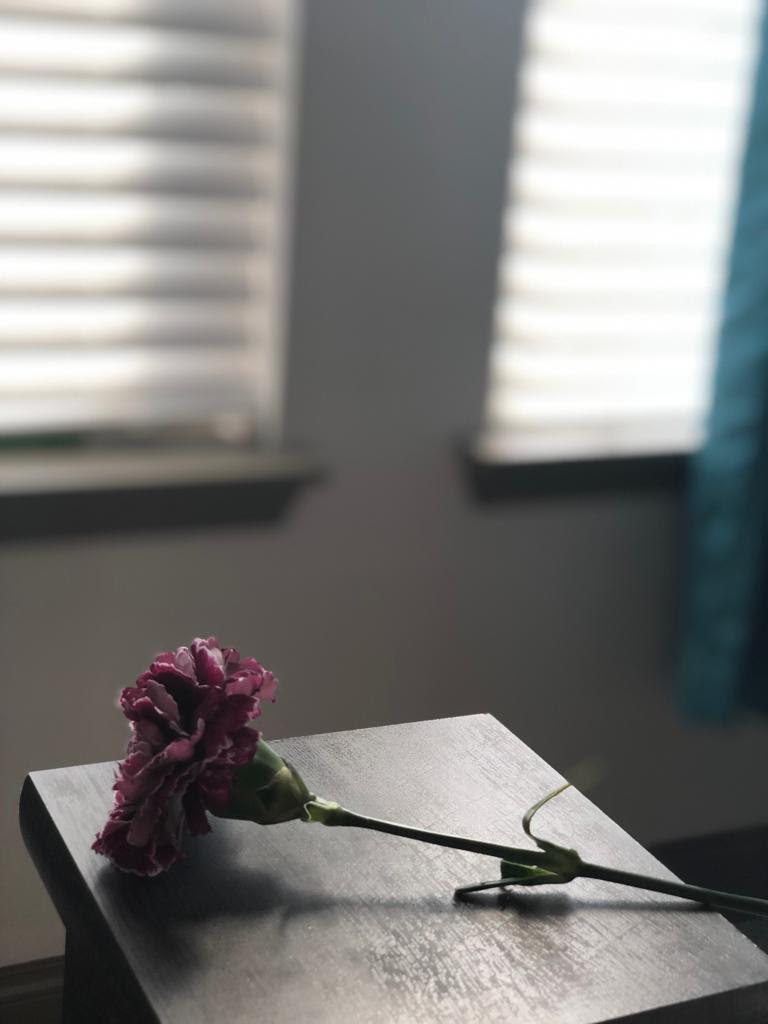 Sitting at a bar, thoughts of muses, poetry. and loneliness floated alongside the ice cubes in my mojito.

I scribbled an occasional sentence or verse on a napkin because they were napkin worthy, unlike most of my other thoughts which are written on….

A waitress asked what I was doing.

“Writing poetry on a napkin.”

Time passed, my melancholy mood in this crowded bar, did not.

The waitress returned with a carnation. Pointing at an empty booth, she advised me a beautiful blonde was watching me as I drank and wrote. She was the curious person who wanted to know what I was writing.

Just before she left, my secret admirer asked the waitress to deliver the flower with a message.

“Mr. Poet, let this inspire you until the next time we meet for the first time.”

This photo is the carnation resting on the footboard of my bed.